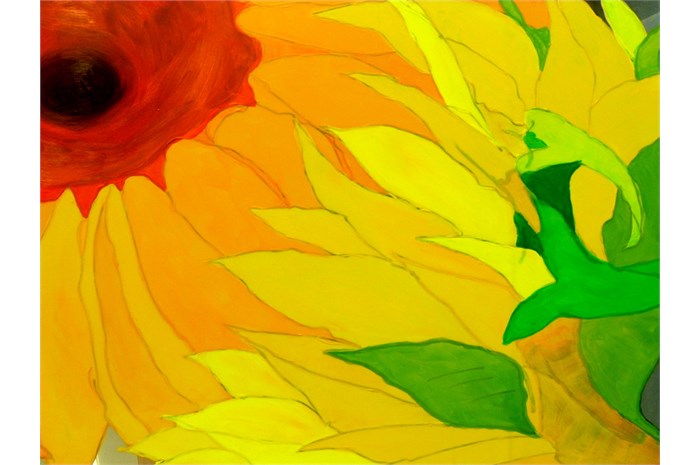 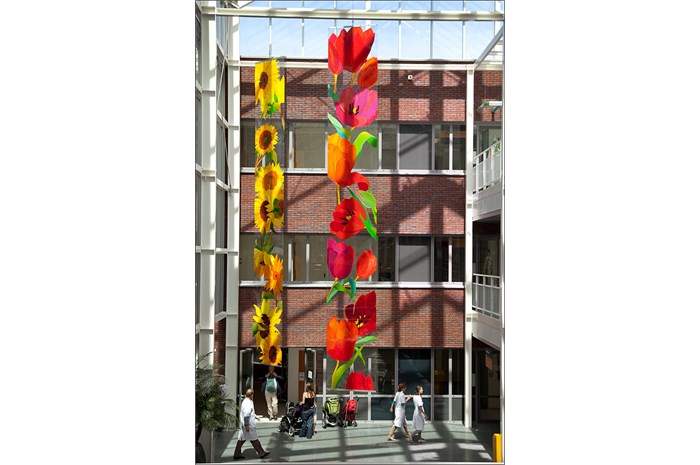 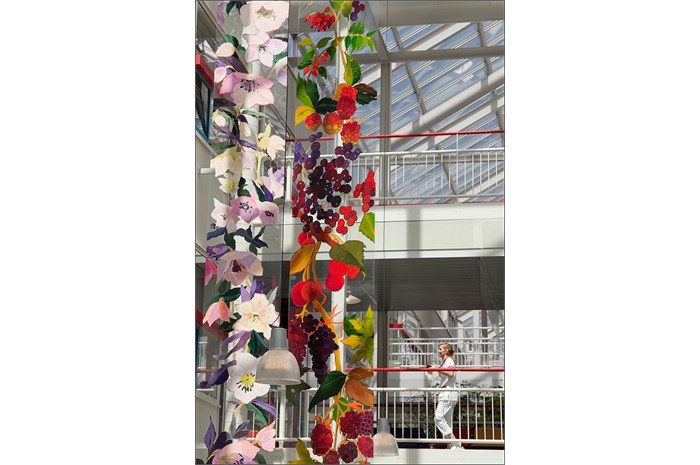 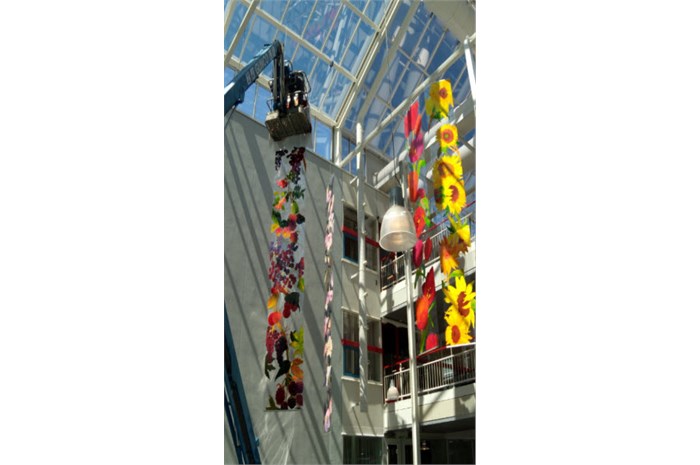 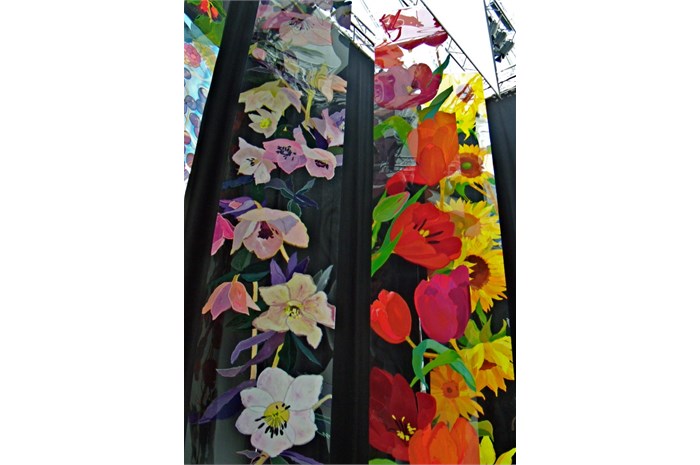 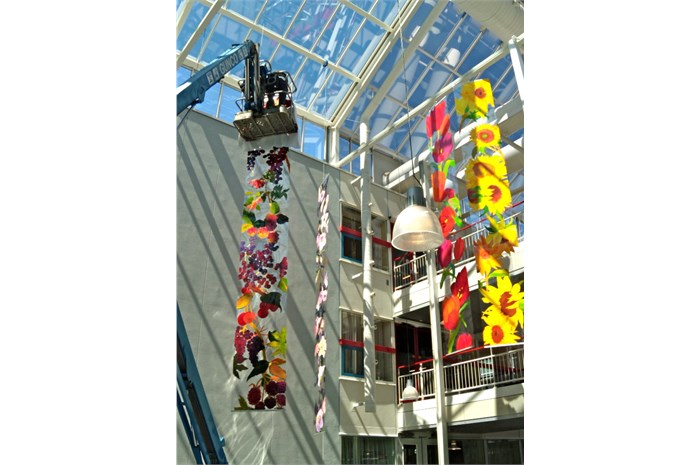 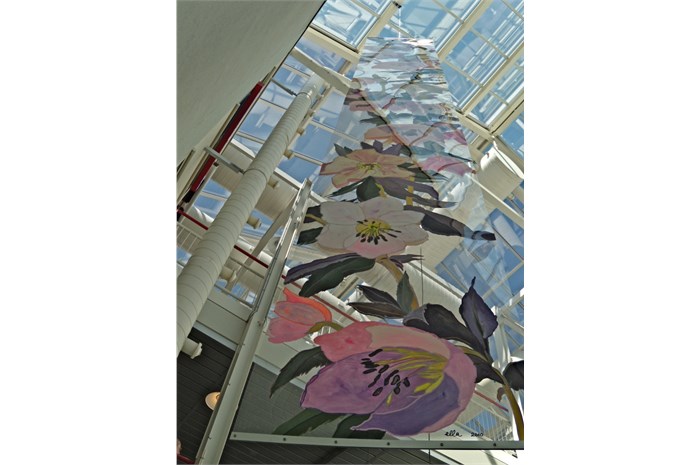 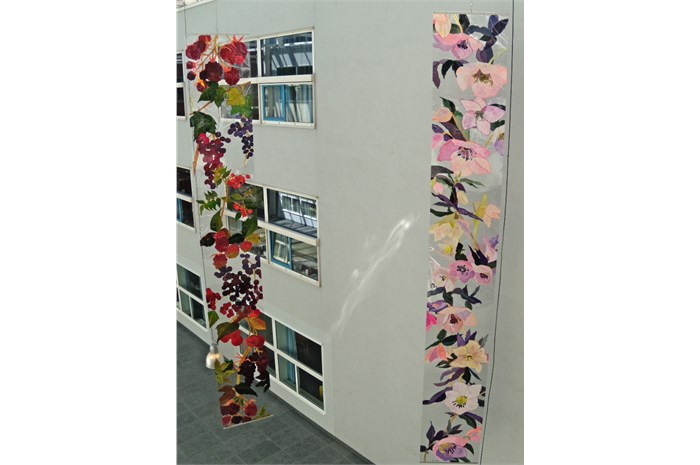 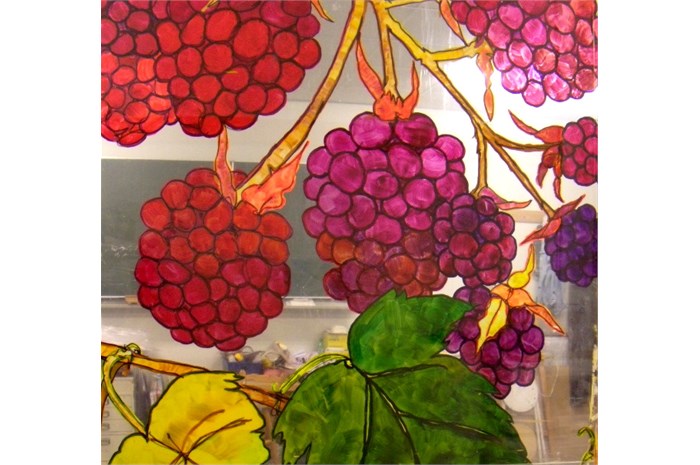 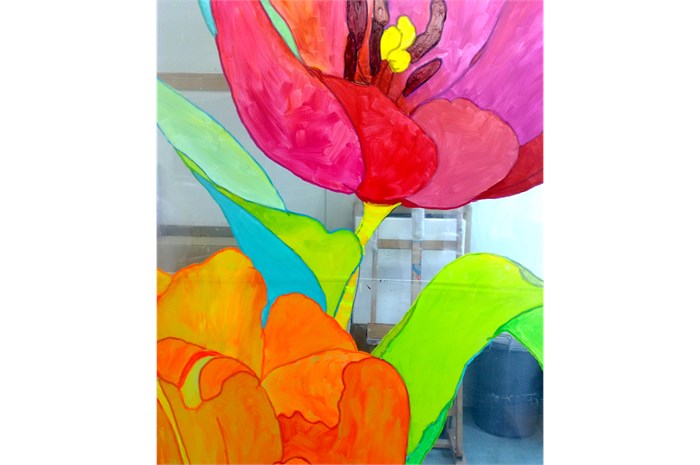 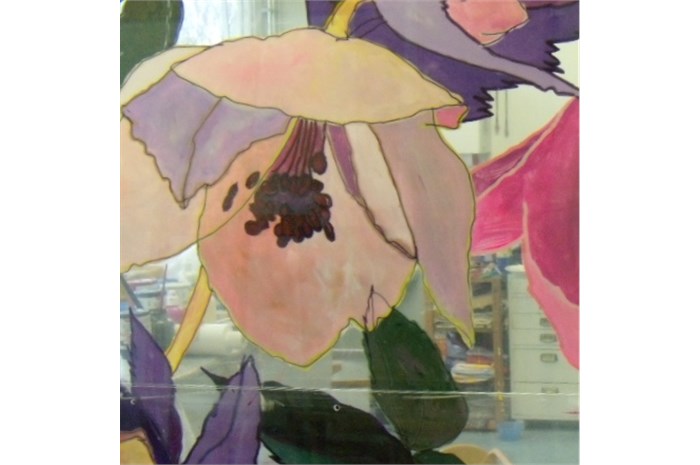 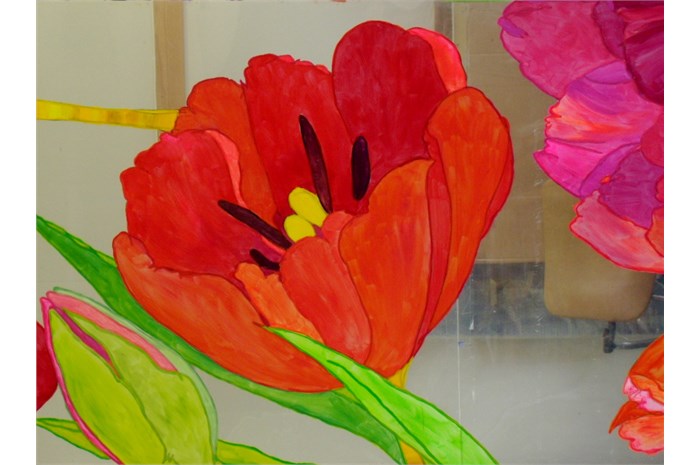 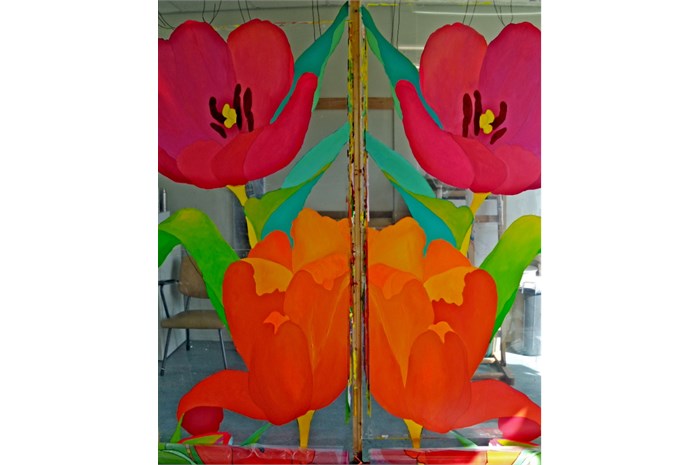 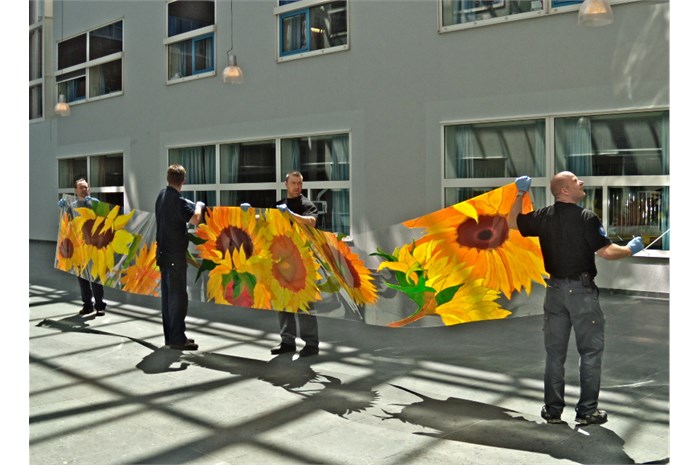 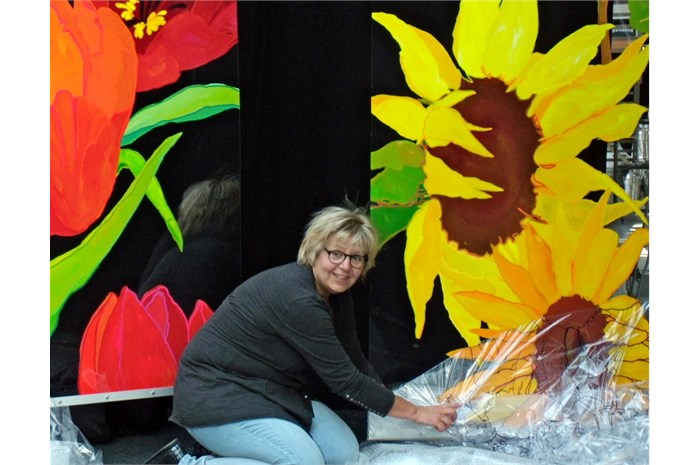 Assignment: "he four seasons&quot"
The Flevoziekenhuis in Almere was festively reopened on tuesday 1 June 2010. About 300 guests witnessed a spectacle full of music, theatre and speeches of among others Leen Verbeek (the Queen's Commissioner of Flevoland) and Mayor of Almere Annemarie Jorritsma. Highlight of the opening was the unveiling of "the four seasons", a work of art designed by Ella.

"The four seasons"
The artwork consists of 4 large banners by six and a half metres tall and one metre wide hung in the central area of the hospital. The banners are called: